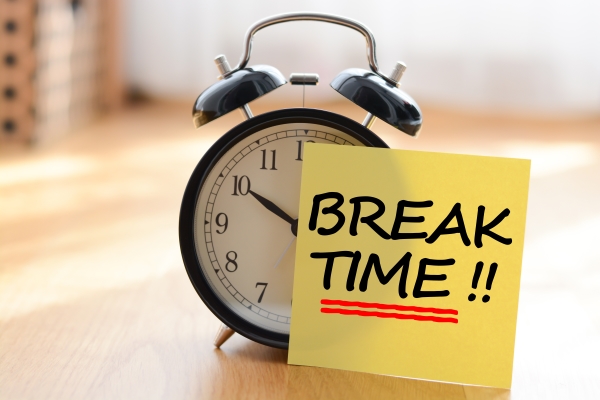 Employers must authorize and permit uninterrupted rest periods for all nonexempt employees whose total daily work time is at least 3.5 hours. These mandatory rest breaks must be offered at the rate of 10 minutes for every four hours worked, or “major fraction” thereof. Anything over two hours is considered by the courts to be a “major fraction” of four.

As a general rule, and insofar as practicable, the rest period must be in the middle of the four-hour work period. Though this is the general rule, there is no absolute obligation to permit a rest period before a meal period.

According to the California Supreme Court in Brinker, “shorter or longer shifts and other factors that render such scheduling impracticable may alter this general rule.” Employers are given some latitude as they may “deviate from that preferred course where practical considerations render it infeasible.”